“According to the agreement, a joint economic committee will be set up to coordinate cooperation, in addition to which Eximbank will be opening an 85 million euro credit line to facilitate the appearance of Hungarian enterprises on the Kenyan market”, Mr. Szijjártó told reporters.

The Hungarian Foreign Minister said that he and his Kenyan counterpart has also agreed on the launching of a 50 million dollar tied aid programme, within the framework of which Hungarian companies will be constructing an obstetrics hospital and an oncology hospital in Kenya, in addition to which Hungarian enterprises will also have the opportunity to import irrigation and slaughterhouse technologies. The relative contract will be signed once the technical details are determined, he told the press.

Mr. Szijjártó also announced that Hungary would be recommending that the European Union and East Africa implement economic partnership agreements with those African countries, including Kenya, which had already ratified the agreement, which would remove the administrative obstacles for trade and investment between Hungary and Kenya. 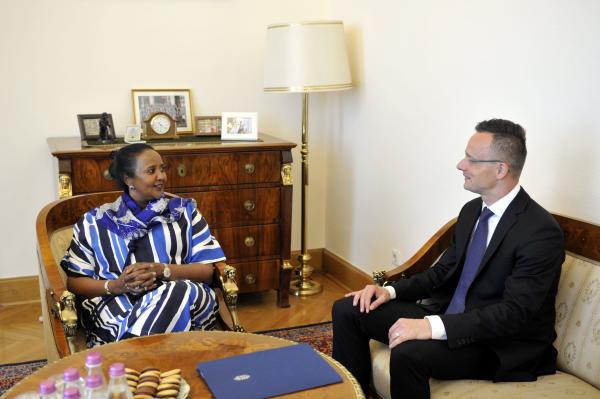 He also announced that Hungary is increasing the number of scholarship places available for Kenyan students to attend Hungarian universities from fifty to one-hundred, beginning next September.

Mr. Szijjártó spoke about the fact there is no longer any doubt that security and economic developments in Africa have an immediate and direct effect on the security of Europe, in view of the fact that Africa is both the source and the transit route for a portion of the waves of immigration affecting Europe.

“Kenya is playing a leading role in African economic growth in view of the fat that is produced around 6 percent growth last year, in addition to which it also plays a significant stabilising role in the region’s security”, he highlighted. According to the Hungarian Foreign Minister, Hungarian-Kenyan economic cooperation offers outstanding opportunities for Hungarian enterprises within the fields of water management and agriculture, the healthcare industry, and the It, security and public transport sectors. 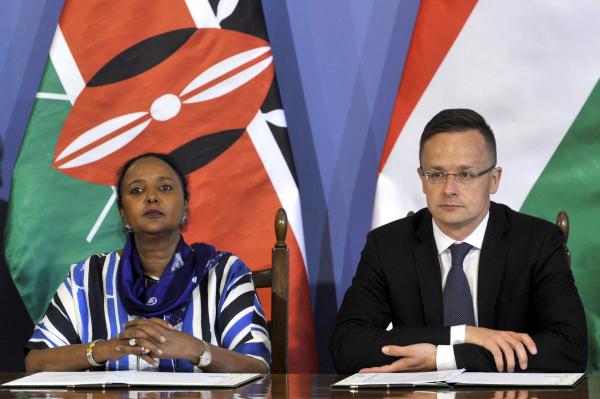 “The fact that Kenya will soon be including one million hectares of new farmland in its agricultural production in the interests of providing for its dynamically growing population represents a mayor opportunities for ‘world renowned’ Hungarian agriculture and water management technologies”, he explained, adding that he also regards the fitting of newly built Kenyan hospitals with Hungarian medical technology and the appearance of Hungarian engineering expertise in the development of public transport as good opportunities. 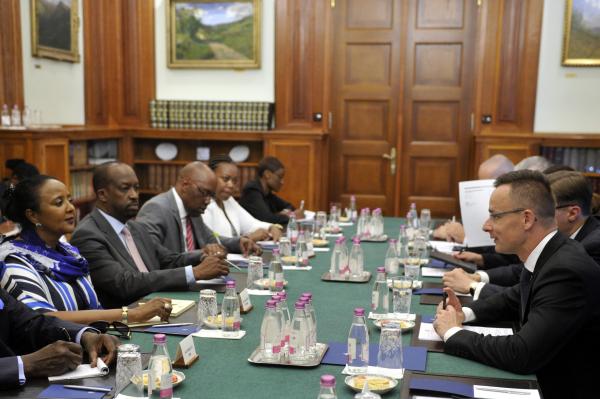 Kenyan Foreign Minister Amina Mohamed said the conclusion of the agreement was a clear indication of improving Hungarian-Kenyan relations. She welcomed the tied aid agreement and the increase in the number of scholarship places for Kenyan students to attend Hungarian universities, and called for the development of tourism relations between the two countries.

On the subject of migration, Ms. Mohamed said few young people in Kenya want to leave the country, thanks to the fact that the Government is improving healthcare, education and other services.

(Cabinet Office of the Prime Minister/MTI)